Skip to content
Date: September 14, 2018Author: karmanye foundation 0 Comments
This is Bandariya. Looked after by Lal Singhji , a local tapri bhaiya.
Bandariya has been Sterilized and vaccinated a few months ago through me.
.
Day before afternoon I got a call from Lal Singhji sounding very worried saying Bandariya wasn’t eating since the previous day and was frothing a bit at the mouth. Did not sound good to me so I called up the vet and rushed with him to see what the matter was.
.
Bandariya was lying in a small room by herself and looked like she was in pain and discomfort. We tried to open her mouth and see what had happened. Maybe she had swollowed something and it had got stuck in her throat or something, but she wouldn’t allow us to do that. We had to sedate her and force open her mouth. After we gave her the sedative injection , she threw up (which was expected) and we saw a few fish bones kind of looking thingies.
.
She still wouldn’t cooperate and the vet recommended an x-ray. Rushed her to the nearest x-ray clinic and we did not find anything stuck as such but the vet said it could be trauma to the neck region and if it was that then there was nothing much to be done except pain killers for a few days .
.
Did that and last four days saw no improvement as such. She was not frothing anymore thankfully but she was making na sound which said discomfort . She was eating but wasn’t comfortable in doing so.
.
Yesterday she puked. 8 times. Bile. And drops of blood in it. It worried me sick. No vets were answering calls due to Ganesh Chaturthi. I thought this morning I’d definitely do something about it.
.
When I went to feed, Lal singh ji looked happier than usual. Before I could get out of the car with the food he rushed to me and mentioned that Bandariya was now absolutely fine! Shocked , I asked him how he was sure.. he said she barked and barked last evening, which she hadnt done in 6 days and she played and played all evening with her brother , which again she hadn’t done in days and she ate very well without a sound from her throat ! Voila ! She’s fine. Just like that 🙂
.
Sometimes I wonder, the amount we humans interfere with nature, is it even necessary? Bandariya is my second case this week who has healed herself. Will write another story for the other case.
Ofcourse if the case is of a wound or something we can take control of , we should help as much as possible but things like this , which are not in our control, all I do is communicate and send out healing vibes through the universe, and it works, always ❣️ 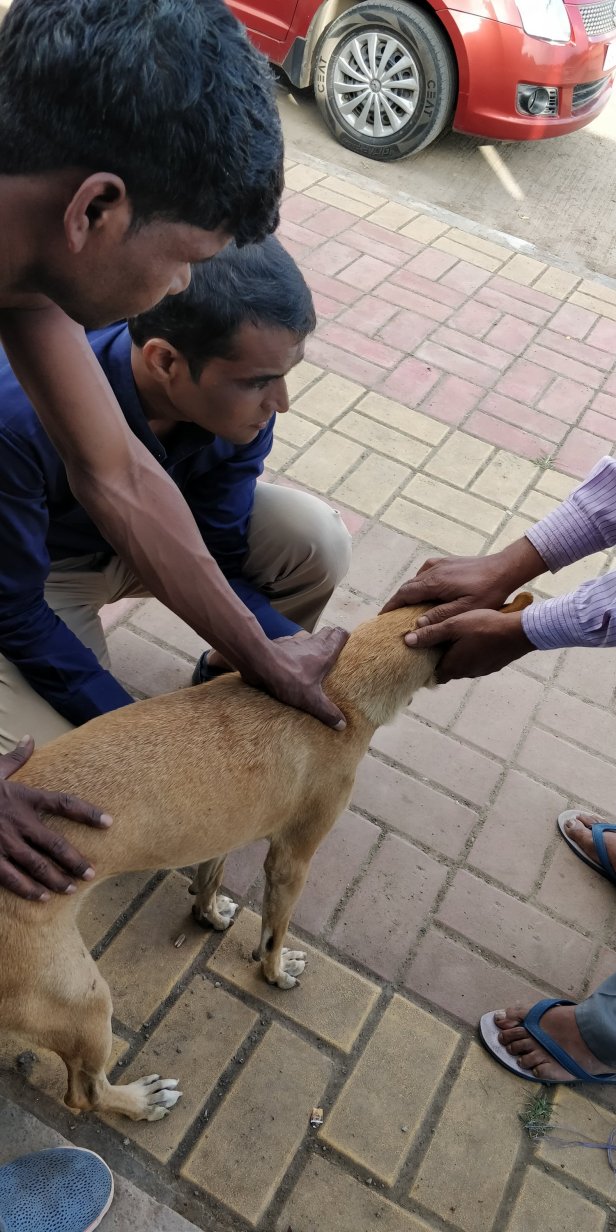